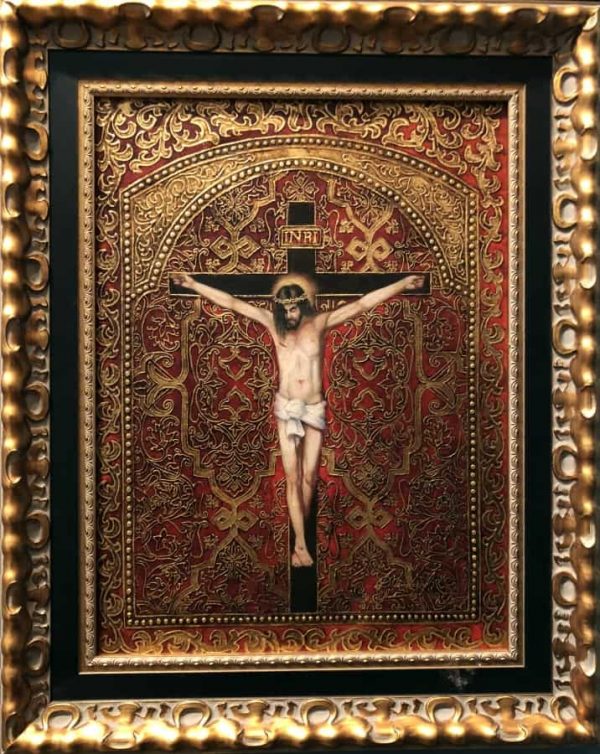 Hand-painted, original oil painting on canvas of Christ by Diana Mendoza.  Framed and ready to hang.

*THIS IS AN ORIGINAL WORK OF ART.

“For those who appreciate the beauty and passion of classical art, this inspiring painting combines classical motifs and today’s popular themes to create tomorrow’s treasures.”  Inspired by the grace and masterful techniques of renaissance artists in the middle ages, such as the works of artists like Raphael, Botticelli, and Michelangelo, this original oil painting by Diana Mendoza capture the essence of the sacred artworks of the middle ages.

Diana Mendoza
She was born in Junin, Peru. Although she does not like to tell her age, she is probably in her fifties. Diana graduated in the sixties from the Escuela Nacional de Bellas Artes with one of the highest awards in the specialty of Painting and Drawing and, also, as Professor of Painting. She has worked as a teacher and as designer before devoting her entire time to painting. She is, also, an accomplished musician and mother of several children.