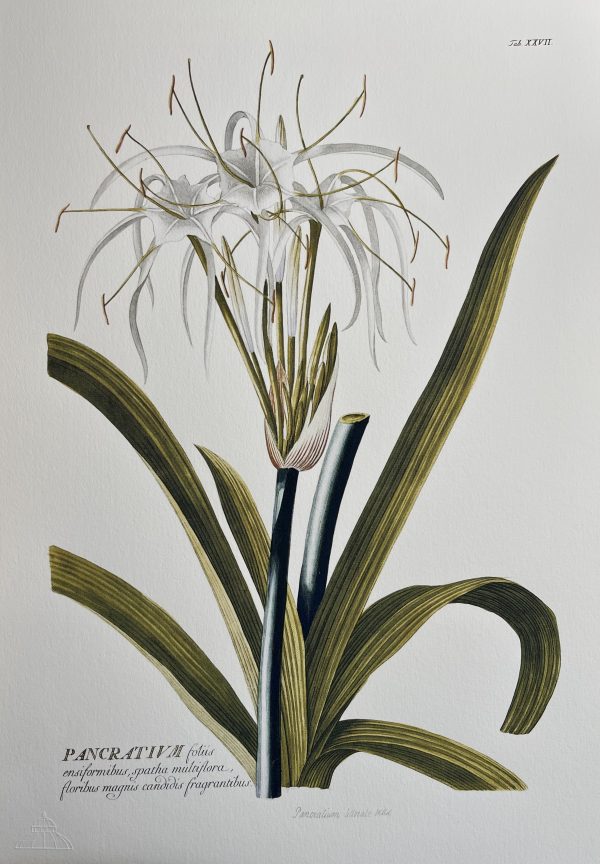 Limited Edition of 100, come with a set of six of 100 botanical illustrations. Comes with a certificate of authenticity.

Blind embossed with the seal of the NY Botanical Garden

This rare and important book was published in parts from 1750 to 1773 in Nuremberg. It contains 100 magnificent color plate reproductions of paintings by Ehert, Who was considered one of the finest botanical artists in 18th-century Europe. His work remains one of the pre-eminent accomplishments of European botanical art.

The illustrations and Plantae Selectae were chosen both for their exotic appeal and botanical interest. Many of the tropical plants included had only recently been introduced to Europe and we’re still unknown by the general public. The father and son engravers Johann Jacob and Johann Elias Haid translated Ehert’s beautiful yet scientifically accurate watercolor studies into remarkably faithful, hand colored copper engravings. Plantae Selectae is considered one of the most exquisite and dramatic of the great botanical Works and perhaps the finest botanical work ever printed in Germany.

Plantae Selectae was the culmination of many years of collaboration between Ehert and Trew, and represented Ehert’s triumph over his humble origins and early struggles. As described by Wilfrid Blunt and William T. Stearn in The Art of Botanical Illustration, Ehert was born in Heidelberg to a market gardener’s son and received his first drawing lessons from his father. Put to work as a gardener’s apprentice, he continued his botanical drawings whenever possible. Ehert spent many years in impoverished circumstances working as a gardener for various employers, yet he persisted in portraying his botanical subjects. Gradually, his work became noticed, and after years of hardship he won the respect of important admirers and patrons.

Eventually freed from financial hardship, Ehert traveled across Europe painting unique and interesting plants she came across. One of his benefactors was the wealthy Nuremberg physician Dr. Christoph Trew, who became his lifelong friend and collaborator and who wrote the text for Plantae Selectae. Ehert eventually settled in England, where he became one of the most sought after painting teachers of his day. The great Swedish botanist Carolus Linnaeus was one of many admirers, calling Plantae Selectae “one of the miracles of our century.”