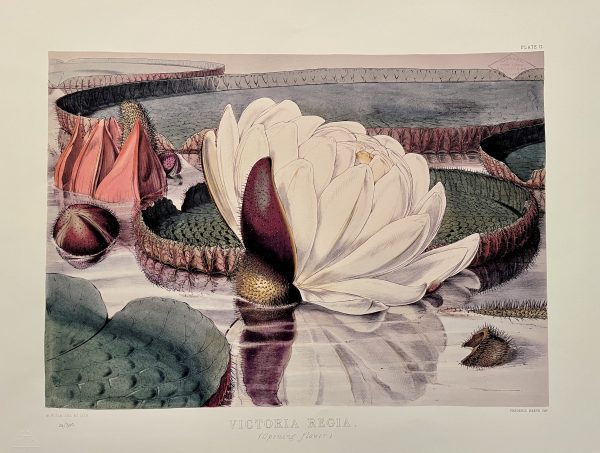 Limited Edition of 300, numbered 26/300. Comes with a certificate of authenticity.

Blind embossed with the seal of the NY Botanical Garden

Walter Hood Fitch drew over 2700 plates for Curtis’s Botanical Magazine from 1834-77, and nearly 500 plates for Hooker’s Icones Plantarum 1836-76. Altogether he produced over 10,000 published drawings. Among the works he illustrated were H.J.Elwes’s Monograph of Genus Lilium 1877-80, J.D.Hooker’s Rhododendrons of Sikkim-Himalaya 1849-51, and J.D.Hooker‘s The Botany of the Antartic Voyage, including Flora Tasmaniae 1855-9.

Fitch was working as a pattern drawer in a textile mill in Glasgow when his talents were spotted by the editor of Curtis’s Botanical Magazine, William Jackson Hooker, later the first Director of the Royal Botanic Gardens, Kew. This began a lifelong association with Kew and a career of over forty years illustrating Curtis’s Botanical Magazine. His skills as a lithographer and his flair for composition ensured that the paintings were no mere mechanical record; thier exuberance and vitality are as fresh today as they were a century ago.