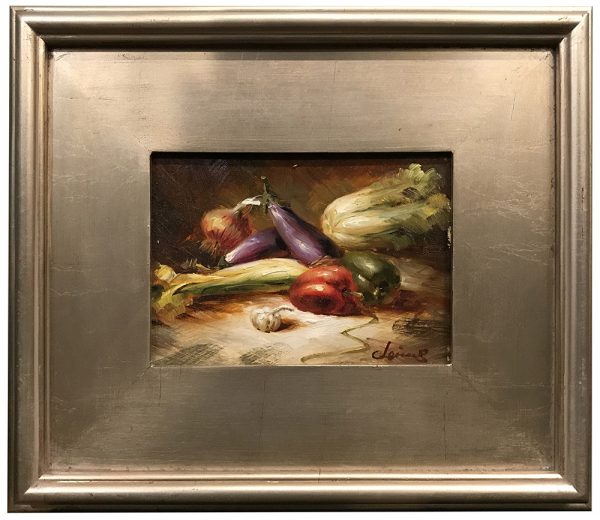 A Chinese artist called C. Lewis, Chen Tai-yu was born in 1963. The name C. Lewis was inspired by the pseudonym name of Lewis Carroll who was an American novelist, inventor, teacher and photographer. Lewis (Chen) felt a need to adopt a name that would create a more universal interest in his work. From 1982 to 1985, he studied in the National Central Fine Art Institute in Guangdong. After his graduation, C. Lewis started his career as a professional artist. He is currently holding an associate membership at the National Chinese Artist Association & Guangzhou Graduate School of Oil Painting.

The Vineyards began as a series of painting color from nature or painting light with light itself. The metamorphosis of colored light across vast distances, the reflections of light on the grass, flowers, and trees with enormous skill Lewis uses his brush like the wind, feeling the movement of his surroundings. This subject soon led to painting the movement in local Koi ponds and still lifes with vegetables and pottery that seem to breathe on the canvas. His artwork was inspired by the reality of life. But with his pursuit to the perfection, creates strong distinctiveness in his artwork.

His artworks have won National acclaim. He has exhibited in Singapore, Hong Kong, Los Angeles and Chicago.