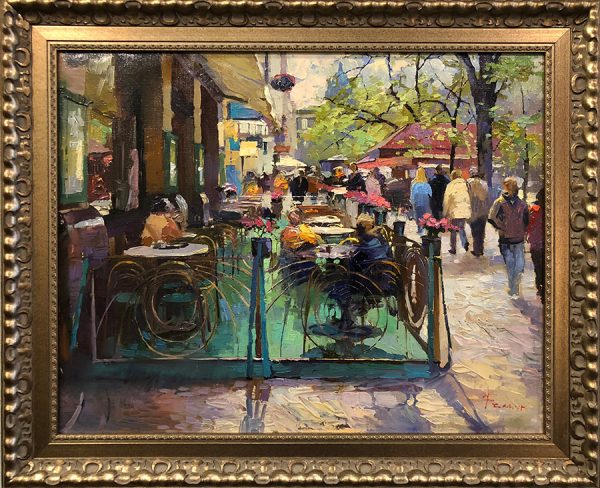 Vladimir Fechyk (Fecik) was born on August 25, 1970 in Mukachevo, Ukraine (Russia). He began painting early, and he began attending the Children’s School of Art at 10 and continued there for 4 years. At the age of 15 he attended the State School of Art in Charkov, Ukraine, also for 4 years. The State School was established for the most talented pupils and only every 15th candidate is accepted. At the age of 15, Fechyk had the best grades at examinations and during his 4 years of study, won many competitions in painting and drawing. After finishing school, Fechyk taught at the same Children’s School of Art that he had attended in his youth. Since 1993, Vladimir has lived and exhibited in Prague, Czechoslovakia. He is married and has one daughter. As a hobby, he is interested in Eastern philosophy, mainly the cultures of India.